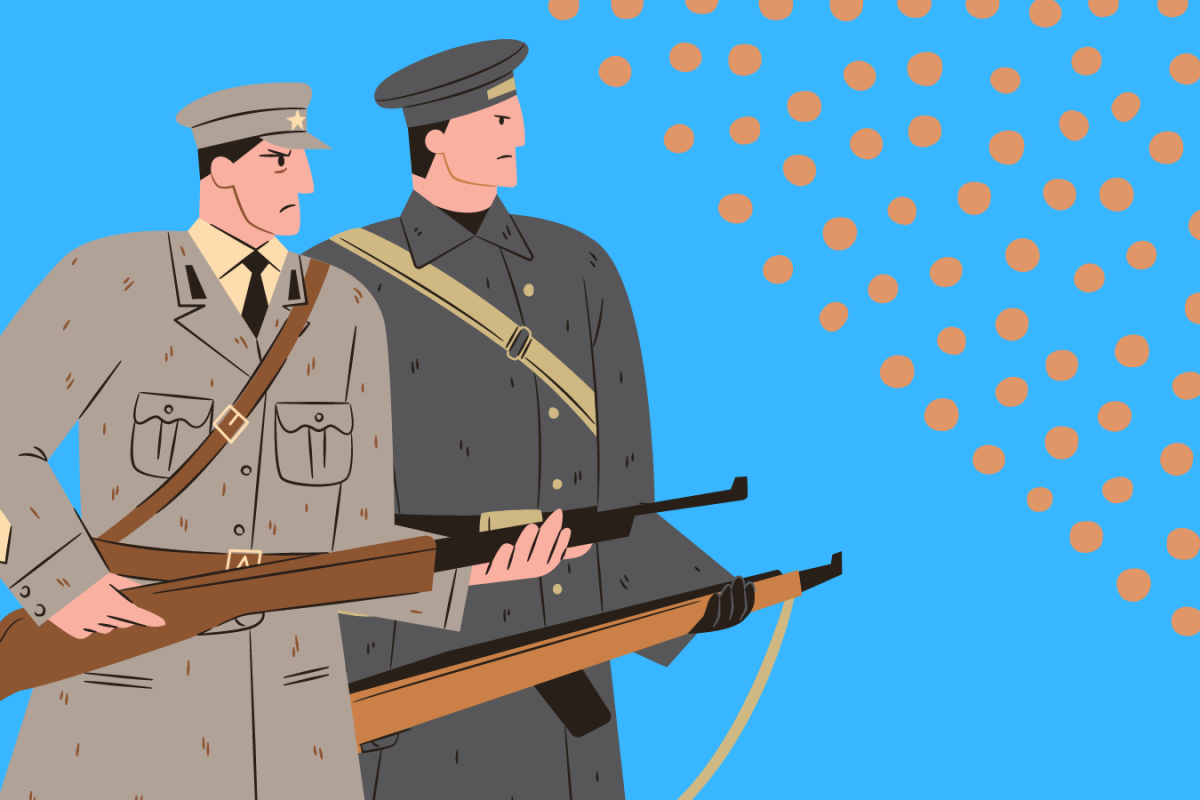 Anh Nguyen is a law graduate of the University of Vienna and trainee in international dispute resolution at Knoetzl Haugeneder Netal, currently completing her judicial clerkship in the Vienna Circuit. She tweets at @mikanguyen27.

On the 25th January, 2021 a French court commenced hearings for a lawsuit filed by Ms. Tran To Nga, a French national of Vietnamese descent, against more than 20 firms, amongst them Monsanto and Dow Chemicals, complicit in the production of Agent Orange, the deadly herbicide used by the US military in Operation Ranch Hand during the Vietnam War between 1962 and 1971.

Ms. Tran’s lawsuit casts light upon the continuing devastating effects of environmental warfare on Vietnam’s ecosystem and population and it is out of the protests against the use of Agent Orange and “rainbow” herbicides that the “ecocide” movement was born. This term was coined in 1970 for a proposal of an international agreement to ban the “wilful and permanent destruction” of the environment by Arthur Galston, a biology professor, who identified the defoliant effects of chemicals later developed into Agent Orange. Three years later international law professor Richard Falk  proposed an Ecocide Convention to criminalise acts committed “with the intent to destroy, in whole or in part, a human ecosystem both in peace and wartime”.

As with the four “core crimes” under the Rome Statute, genocide, crimes against humanity, war crimes, and crimes of aggression, the criminal dimension of acts constituting ecocide emerged from the ravages of war. Revisiting the roots of ecocide in the legal discourse on environmental warfare employing Agent Orange will enlighten contemporary efforts to establish ecocide as an international crime.

According to the ILC’s definition, environmental destruction must be “widespread, long-term and severe” to constitute ecocide. During wartimes destruction is considered “widespread” if it “encompasses an area on the scale of several hundred kilometres,” “long-lasting” if it “lasts for a period of months, or approximately a season,” and “severe” if it “involves serious or significant disruption or harm to human life, natural and economic resources or other assets.” Measured against this definition Operation Ranch Hand would have constituted an act of ecocide. The widespread damage is seen in the estimated 76,000 m3  of herbicides and defoliants, the equivalent of 30 Olympic size swimming pools, sprayed over 22,000 km2 of forest and crops in South Vietnam to deprive the North Vietnamese and Viet Cong troops of cover and sustenance. Among the present day Vietnamese population, as many as 4.8 million people suffer illnesses or have been left disabled from exposure to Agent Orange. Health problems ranging from leukaemia, Hodgkin’s, Parkinson’s disease, many forms of cancer to inheritable birth deformities, attest to the long-lasting and severe effects of Agent Orange.

Rather than environmental destruction as a form of warfare, our contemporary “peacetime” understanding of potential ecocidal acts is informed by acts of exploitation of the environment for resources, over the course of which the environment is destroyed. As a matter of actus reus, it seems intuitive that destruction and exploitation be considered alternative modi operandi for ecocide. However, Prof. Galston, who coined the term ecocide, and international law scholars considered ecocide an act of war, and as such would not encompass environmental exploitation through resource extraction. In Prof. Falk’s proposed Ecocide Convention only the forcible removal of human beings from their habitation “to expedite the pursuit of military or industrial objectives” was included as a non-military modus operandi of ecocide.

Between 1984-1986 the ILC considered the inclusion of environmental crime as an international crime under Art 26 of the ILC Draft Code of Crimes Against the Peace and Security of Mankind, the preparatory work for the ICC Draft Statute. Ultimately references to environmental destruction adopted in the Rome Statue only remained within the narrow confines of war crimes under Article 8(2)(b)(iv):“intentionally launching an attack in the knowledge that such attack will cause […] widespread, long-term and severe damage to the natural environment which would be clearly excessive in relation to the concrete and direct overall military advantage anticipated.”

Drawing from the developments elaborated upon above ecocide could be advanced as:

(1) Ecocide is the wilful destruction of the environment, the exploitation of natural resources or the dispossession of land, causing widespread, long-term and severe damage to the natural environment in whole or in part, whereby such acts violate international or national law, or cause damage incommensurate with the concrete and legitimate economic public policy objective intended.

(2) Complicity to ecocide is the perpetration or facilitation of illegal activities, which directly enable the acts as proscribed in paragraph 1.

The actus reus is modelled upon the three modi operandi enumerated in the OTP’s Policy Paper. Regarding mens rea (“wilful destruction”), it remains open if the characteristic “double intent”, a prerequisite for genocide, should be also required: the intent to commit the underlying act damaging the environment and the ulterior aim of destroying it. The underlying mental element of ecocide distinguishes itself from that of genocide in that neither a political vendetta against nor a dehumanising “othering” of the environment exists, thus genocidal “double intent” cannot be adopted to the letter for ecocide. When establishing mens rea behind destruction through a “scorched earth” strategy, as seen in the environmental warfare of Agent Orange, the intent of the underlying act and ulterior motive “to destroy” the environment seemingly converge. During peacetime, however, acts such as oil drilling, fracking, deep sea mining, mineral extraction or mass deforestation, causing the environmental hazards within the realm of ecocide, are not conceived as a criminal, but rather industrial enterprises. Rather than any specific or “original” intent to destroy, utter recklessness or lack of concern for the inevitable destruction of the environment in favour of profits drive potential acts of ecocide perpetrated by extractive industries.

Efforts to criminalise ecocide should consequently be irrespective of a presumed or arguable “legality” of the underlying industrial enterprise. Thus, remodelling the “exceeding military advantage anticipated” requirement in Art 8(2)(b)(iv) Rome Statute sanctioning grave environmental destruction as a war crime, egregious destruction of the environment by extractive industries incommensurate with any legitimate public policies or economic rationale should be punishable. Furthermore, it is an open secret that these industries operate with governmental legal blessing through lobbied permits and licences or outright regulatory capture. Therefore, complicity to ecocide should also be considered to sanction extractive industries’ or other actors’ involvement in illegal activities, especially the corruption of legislators, public officials and agencies, which directly enable ecocidal exploitation of the environment.

Finally, making ecocide an international crime paves the way to establish individual criminal responsibility of corporate executives as natural and corporations as legal persons. For international criminal law scholars this means testing the ICTY’s doctrines of joint criminal enterprise and functional perpetration and command responsibility from a military context to corporate units and executives. Turning to state responsibility, a counterpart international obligation of states should exist for the prevention and punishment of ecocide, as in the Genocide Convention, compelling states to adopt national legislation against ecocide (e.g. several countries, the first amongst them Vietnam, adopted the wording of Art 26 ILC Draft Code) as well as guardrails to halt extractive industrial practices, which overtime snowball into ecocidal destruction of the environment.

While Ms. Tran’s lawsuit centres around establishing the direct relationship between Agent Orange and the diseases suffered by Vietnamese civilians exposed to it, a determination of the widespread, severe and long-term effects of Agent Orange on the environment by French courts would set an invaluable precedent for the ecocide movement, for which – serendipitously –  Ms. Tran’s legal counsel, Valérie Cabanes, is campaigning. In a similar American lawsuit brought by Agent Orange victims against Dow Chemicals US courts minimised Agent Orange as “not […] designed for targeting human populations”, as such was “only secondarily, and not intentionally harmful to humans”. Assuming this argument is remotely palatable, the fact remains that the deployment of Agent Orange, if only to “primarily” defoliate forests and crops, would have already constituted an act of ecocide. Ms. Tran’s lawsuit is a searing reminder that ultimately the victim of the unspeakable harm inflicted by ecocide is not some mystical Mother Nature, but us, her human population. We only have to search out for the images of Agent Orange victims to apprehend the inherent criminal potential of ecocide and thus the imperative to make it the fifth core crime under the Rome Statute.

3 thoughts on “Agent Orange As The First Designated “Ecocide”: Revisiting The Roots of The Movement To Make Environmental Destruction an International Crime”